When I was at a concert in Ghent several years ago (in the era before I became a concert photographer, I had to leave the room before all artists had done their thing on stage. Luckily for me there was only a deejay left. The reason I had to leave the room was something in my ears. I don’t remember it that well anymore, and after one more day the problem was solved by itself, but from that evening onwards, I always put earplugs in. I kind of have an excellent hearing (I notice sounds most people don’t even seem to hear), and I want to keep it this way.

I tried some of the cheap(er) earplugs, but there was always something I didn’t like about these earplugs. That’s why I decided to buy custom-made earplugs from Variphone. Apparently you should replace them after 3 to 4 years, but I did 7 years with my first pair of Variphone (and I used them a lot!). Now the filters start fall out more easily and there is a small rip in one earplug (from cleaning the wrong way, my bad). So I did like double of the time with my old earplugs and so it was time to replace them. No doubt I wanted custom-made earplugs again, so here they are, my new Variphone earplugs: 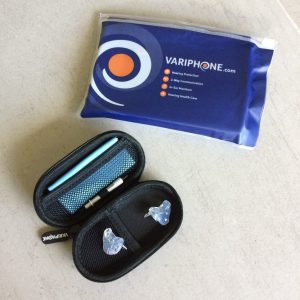 I definitely recommend these Variphone custom-made earplugs, but if you’re only going to a concert once in a while, you might want some cheaper earplugs that still offer you sufficient protection.

Fellow concert photographer Matthias Hombauer tried several brands and types of earplugs; you can read all about his findings here. He also did a podcast with Ryan Parry about the importance of earplugs.

MY ADVICE: USE EARPLUGS WHEN YOU ATTEND A CONCERT! YOU DON’T WANT THE CONSEQUENCES OF NOT PROTECTING YOUR EARS!

About 2,5 months ago I bought a new camera and lens: 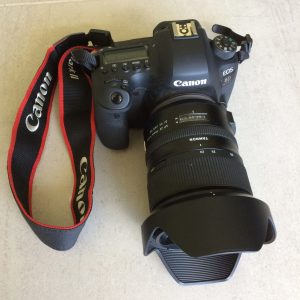 As from the end of May, I’ve shot most of my concert pictures with this new camera and lens, as well some of the nature pictures from Finland and the Farne Islands. After a short period of getting used to the camera, I now I am very happy with it ! 🙂